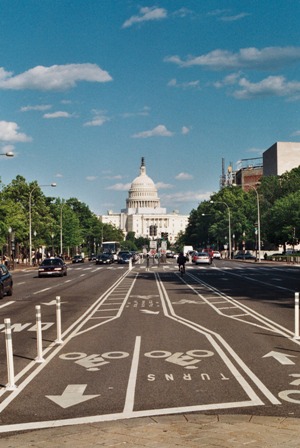 President Obama’s trip to Europe is an opportunity to build on the vision he outlined in his West Point speech last week, and to set out a plan to renew the transatlantic relationship. This backbone of an alliance of liberal democracies across the globe, and the foundation of the post-war order, faces fresh challenges today.

The transatlantic alliance’s historical achievements will be commemorated this week at the 70th anniversary of the D-Day landings. We liberated the European continent from fascism and national socialism, defended and protected it from communism, and established a multilateral economic and security architecture that benefited the free world. Following the collapse of the Soviet Union, the United States and its European partners then worked together to expand and sustain the zone of liberal democracies and ended deadly conflicts on Europe’s borders in the Balkans.

Today’s challenges, however, are rooted in the new dynamics of the past decade – the attacks of 9/11 and the threats from terrorist networks, the 2003 Iraq war and its aftermath, NATO’s first out of area military operation in Afghanistan, and the 2008 global financial crisis. The illusion that we arrived at an end to history has now been definitively shattered. The inexorable triumph of liberal democracy is not inevitable – it requires constant work and vigilance.

Over the past few years, this alliance has suffered from neglect. President Obama’s election in 2008 promised an opportunity to recast and rebuild a relationship under strain. Unfortunately, President Obama’s first term efforts to rebalance US global security priorities – typified by the “Asia Pivot’ - sowed confusion and insecurity among vital partners rather than reassuring them and clarifying a new sense of purpose. Furthermore, Europe’s internal preoccupation with its sovereign debt crisis and introspection about its own future presented more cracks. And while our alliance floundered, other regions of the world and emerging powers, whose values and models of governance differ to our own, continued to grow in geopolitical and economic importance.

As the dust settles from the recent European elections and the transatlantic community continues to wrestle with the renewed threats posed by Russia in Ukraine and beyond, now is the moment to take proactive steps to revive this relationship as the foundation of a strategic alliance of liberal democracies. A renewed transatlantic alliance is essential to ensuring our values prevail on the global stage and our strategic and commercial interests are protected. It should be built around three shared pillars: security, prosperity and diplomacy.

Shared security: the NATO summit at Brussels earlier this year reaffirmed the alliance's initial responses to Russia; the upcoming Wales summit in September offers an important moment to redefine its purpose in the future. Last week, President Obama set out a vision for NATO to finally move beyond its Cold War mindset, and meet new missions both within and beyond Europe’s borders. Working to strengthen failed states and fight terrorism will require NATO to define clear priorities, share the burden more equally, and rationalize its strategic capabilities and visions. One of the most urgent tests to NATO is the growing security threats in Libya. The mission has been left unaccomplished after a bold intervention that ousted Qadhafi. But continued instability in Libya represents a security threat to North Africa and southern Europe. NATO should redouble its efforts to help Libya deal with terrorism and to build functioning democratic institutions.

Shared prosperity: last year, the United States and Europe announced the goal of signing a Transatlantic Trade and Investment Partnership (TTIP) that would create the largest free trade agreement in history, representing one third of the world’s economic output. TTIP is in for a bumpy ride, with European and American officials concerned about the impact of the recent surge of anti-establishment parties in the European elections and the rise of anti-trade economic populism in the United States. We need to resolve our internal political differences and disagreements, because Europe and the United States have an enormous shared interest in setting the regulatory norms of the future global economy. Our future industries and services will only thrive globally, and provide good middle class jobs at home to help fight income inequality, if we are united and work harder to disseminate and enforce common norms across the globe.

Shared diplomacy: as new global fora such as the G 20, and new global powers such as Brazil, India and China, grow in importance, Europe and the United States must identify shared interests and define a common political and diplomatic strategy to achieve them. Whether we wish to encourage the emerging nations to take greater responsibility for global economic prosperity and security, or to make the institutions of global governance function more effectively, a transatlantic strategy is now indispensable.

As President Obama asserted last week, “America must always lead on the world stage’. But Europe and America will achieve more together than alone. We should lead together. If we don’t, no-one else will.