It Ain’t Over Till the Fat lady Sings 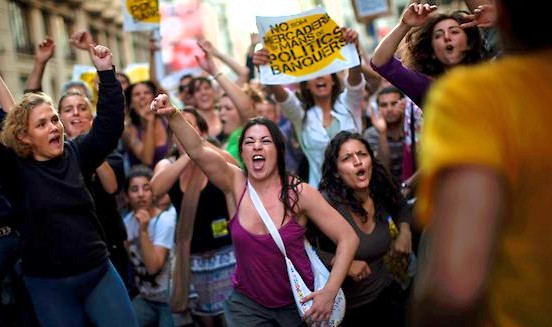 It Ain’t Over Till the Fat lady Sings

If anyone tells you they know how the Eurozone crisis will play out, you tell them they’re lying. The horrifying slow-motion railroad wreck that has been unfolding since late 2010, described in these pages since September 2011, is far from over. And no-one knows how it will end.

The Pain in Spain

We all know about the €100 billion bailout of Spain’s banks in the first half of June. After initially denying that he would ever ask the EU for a bailout, Prime Minister Rajoy flip-flopped over the weekend of June 9/10 and the deal was done. Just as well, because it prevented the melt-down of the Spanish financial sector. The international financial markets had been terrified of the specter of the Spanish banking sector collapsing, bringing down the fourth largest Eurozone economy.

But the markets were hardly mollified after the Spanish bank bailout. They still have plenty of other things to worry about. Spain’s cost of public debt is back around 7,28%, at a level similar to those of Greece and Portugal when they had to turn to the Troika (IMF, EU and ECB) for sovereign financial support. No-one knows how long Spain can hold out. In the meantime the Spanish economy is in the doldrums and unemployment is still rising, above 25%. One young adult in two is without work and the crisis is creating an entire lost generation in the Iberian Peninsula.

Take Greece. (In fact, please take Greece. Please put it somewhere else, far from Europe.) After two bailouts from the Troika in exchange for an austerity program that has turned out to be poorly designed by the IMF and even less well implemented by the Greeks, they have woken up to the fact that they still have a decade of blood, sweat and tears ahead of them if they stay on this path. They frankly don’t know if they want to play at this game any longer. After an inconclusive vote on May 6 the Greek voters went to the polls a second time on June 17 in an implicit referendum on the Euro. Again the electors did not give a clear majority to either view on the Euro, but the pro-austerity parties won out against Syriza, a left-wing party that had promised, if elected, to renegotiate Greece’s existing bail-out agreement. The winning parties will now have to put together a workable coalition to govern and manage the austerity and bail-out programs, in a country that has not had a tradition of political coalitions in recent history.

The uncertainty around the May and June elections has brought the Greek economy to a halt. Before the elections Greek depositors were withdrawing their money from Greek banks a rate which at its peak reached between €700 million and €900 million per day. Greeks understandably don’t want to be holding a bank account full of “New Drachma’ in Athens if they could be holding Euro-denominated deposits in a bank in Munich or Luxembourg instead.

Major firms active in the Eurozone, not only those in Europe and the US but also those in the BRICs (middle income emerging economies), have set up contingency plans for a possible Greek withdrawal from the Euro. What would happen, for example, to a Euro-denominated contract with a Greek firm? What would happen to Euro-denominated assets in a Greek subsidiary? The contingency plan prepared by Credit Agricole for their Greek subsidiary leaked the week before the June 17 vote. It involves simply walking away from their investments in Greece if the country leaves the Euro. (This strategy is a corporate version of “jingle mail’, which is how American house-owners react when the market value of their house drops below their mortgage. They move out of their house and mail the keys back to the bank.) Some of these firms are now turning their minds to the worst case scenario for what would happen if the entire Eurozone went down.

Because let’s face it: the Greek economy is not very important within the Eurozone as a whole. The Euro would survive a quick, clean Greek exit from the zone (a “Grexit’), although the costs to Greece and the pain involved would of course be high for them. The Spanish economy, on the other hand, is much more serious, and Italy is simply “too big to fail, too big to bail.’ If the financial markets are already nibbling at Spain’s heels and the country needs a sovereign bail-out in addition to their banking bail-out, the great fear in Frankfurt and Washington is that Italy would be next. Like the little Dutchman with his finger in the dyke trying to keep the North Sea at bay, there is only so much the Troika can do. Unsustainable bond prices for Italy for enough time would probably spell the end of the Euro in its current form.

What about France? Mr. Hollande’s election as French President has brought a welcome change to the austerity tune that the Merkozy team were singing together last year. Mr. Hollande has stressed the importance of growth as a way out of the crisis, and it seems that even Chancellor Merkel has changed her tune to some extent. A more holistic view of how to resolve the crisis is welcome. The reality of the situation is that France’s situation is not nearly in as bad as that of the Southern European countries like Spain and Italy. Its burden of public debt is reasonably manageable at around 89%, unlike Italy at 120%. Its unemployment, while high, is under half that of Spain’s 25%.

France’s public finance problem today, as it has been for the past quarter century, is its stubbornly high budget deficit, which last year stood at around 8.7%. Although but budget deficit is now on a downward path it adds to France’s public debt mountain every year. More importantly is France’s worrisome loss of competitiveness due to an inflexible labor market and very high payroll taxes. For the past few years France has been losing its export markets and this has been reflected in a deteriorating deficit of its trade balance.

It’s early days yet for Mr. Hollande, but so far he has not given any indication how France will meet its commitment to bring the budget deficit down to the Maastricht criteria level of 3% in 2013. He has reiterated the commitment, though. It is simply not realistic for France to close the gap solely through taxes alone (France is among the highest taxed countries in the world) so cuts will have to be made to public spending also. These cuts will mean one or more of the following: reducing social transfers which are wildly popular; reducing the number of public servants, after he made an election promise to hire more; or cutting back on infrastructure spending.

France is in many ways fortunate that the June 17 legislative elections gave such a clear majority to the Socialist Party in the French parliament. Mr. Hollande, a Socialist, will not be able to say he doesn’t now have the tools to tackle the tough issues. He has the freedom – and indeed the responsibility – to propose unpopular but necessary reform measures, with the assurance that they will be approved in parliament. In fact the Merkel-Hollande duo serves both very well. Both can tell their voters that they are forced to implement unpopular measures “in the greater interest of Europe’ (measures that are in some respects diametrically opposite: austerity for France and expansion of domestic consumption for Germany). With luck, both governments can now be managed more by pragmatic technocrats than political divas.

Sens Public has discussed in previous articles what, in an ideal world, would constitute a favorable resolution to the crisis. After all, the macro-economic problem involved is not rocket science, and there exists wide case-law for dealing with banking and sovereign financial crises. The issue in the Eurozone today is political, not economic. More precisely, it is a design flaw in the Euro which prevents Europe’s politicians from being able to collectively implement the necessary strategy. The design flaw is in its essence a “democratic deficit’: no politically legitimate body exists with the power and authority to do what needs to be done. Either this flaw is remedied, in which case the Euro has a chance of succeeding, or it isn’t, in which case the Euro’s future is cloudy.

No-one knows how this crisis will end. However, if the Euro comes out of this crisis intact, four things are guaranteed.

No-one knows how the crisis will end. It’s clear that Germany will be writing most of the cheque for the bail-out and therefore holds important trump cards. In many ways the markets have finally won. If the politicians would only face up to the fact things would probably quieten down.

But one thing is sure about this crisis: it ain’t over till the fat lady sings 1 .