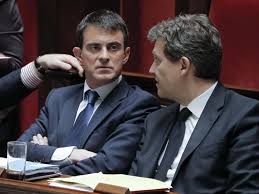 International coverage of the Government’s emergency “cabinet reshuffle’ last week has been mistakenly portrayed in terms of a battle between pro and anti-austerity forces within the governing Socialist Party. Among intellectuals, the contest is viewed as a battle between the “social liberals’ and more traditional “social democrats’. On closer reflection, and for those with government experience, the true fault line actually seems to lie between those who take seriously the responsibility of governing, and those who chose to hide behind rhetoric to mask tough choices.

In the leadership vacuum left by Hollande’s failing Presidency, it was perhaps inevitable that a lack of clarity around the government’s economic policy would lead to conflict. Yet, Montebourg’s impromptu public attack on Angela Merkel’s and the European Central Bank’s austerity agenda, and what he saw as acquiescence on the part of his colleagues in government is puzzling for a number of reasons.

First, it is far from clear whether France has actually embraced austerity. While there may not be a lot of growth around, the government continues to let its budget deficit targets slip — thus effectively easing fiscal consolidation.

Second, what Montebourg and his supporters think the government should do differently is far from clear. Speaking to Medef after the reshuffle, Valls set out a balanced reform agenda. Looking ahead, he advocated a series of supply-side measures to tackle unemployment and growth, tax cuts for business to trigger investment, all while defending the 35 hour working week, one of the crowning achievements of Jospin’s government. When quizzed by the French press on this agenda, Montebourg insisted he wasn’t opposed to such supply side measures, as long as they were not too excessive.

Third, Valls and the the French Socialists were in the vanguard of an effort to reorient Europe towards a more pro-employment and pro-growth policy. Prior to Montebourg’s public attacks, Hollande had planned to convene a meeting of progressive leaders in Paris to rally support ahead of the European Council meeting in Brussels. Montebourg’s attack served only to undermine his President and the effectiveness of this gathering, and was thus counterproductive to his proclaimed goals.

With rising unemployment – the number out of work rose to over 3.5 million in late July – and a stagnating economy, France needs both structural reforms and a clear industrial strategy at home and a change of direction in Europe, not political posturing. Appearing on the cover of Le Parisien wearing a mariners shirt and asking people to buy products made in France, as Montebourg infamously did while Minister for Industrial Renewal, might make for good publicity and catchy headlines, but it’s no substitute for a serious economic strategy. Now is not the time, a la Jose Bove, to instinctively appeal to French “exceptionalism’, as if the laws of economics don’t apply to France’s economy, its the time for serious and concerted diplomacy.

The challenge that Valls’ second cabinet faces is now very similar to those faced by other progressives across the continent, not least the new Italian Prime Minister, Matteo Renzi. Last weekend in Bologna, Valls and Renzi brought together a new generation of progressive leaders from across the continent to call for a new pro-growth, pro-reform movement. While a pro-growth European strategy is popular among social democrats in both France and Italy, advocating for structural reforms to compliment and support this agenda is less popular.

Part of this difficulty lies in the histories of the Italian and French left, both of whom have long resisted modernization and feel that any pro-market reform is a betrayal of social democratic values. Part of the challenge is also a growing frustration among the French and Italian people with a lack of progress and action, which manifest itself in a growing populist protest vote in both countries.

Like Renzi, Valls is a skilled politician and good communicator, and the strength of their relationship has the potential to usher in a new era of progressive governance: one in which reformed markets help deliver inclusive prosperity, and in which a reformed state can more effectively deliver public services and re-establish trust with the citizens.

If they succeed, then there is hope that Valls will be able to drag the Parti Socialiste into the 21st century. As he prepares to put his reform agenda to a vote of confidence in parliament, the French people and progressives everywhere should hope he succeeds.