Two or three things I don't know about them 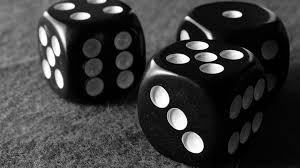 Two or three things I don't know about them

Recently I invited a young black artist, the assistant of a successful painter, to use my apartment in New York while I was away. This guy is very talented. He makes hiphop-influenced videos of artists, himself and others, black and white, painting graffiti all over the city, and films the process so magically that he turns the city into one big canvas. A few weeks into his stay, he wrote me an email: “The plants are doing fine. Everything quiet in the building. The rug that I’m sleeping on your floor is very comfortable.’

That was when I realized that I didn’t know a thing about him.

Because I grew up thinking of jazz musicians as the neglected geniuses of 20th music, a lot of my personal heroes were black. But I didn’t know very much about them either. In me dwelled a myth that my heroes were brilliant but inarticulate, a breed of idiots savants. In the ‘60’s, after college, I traveled around Europe interviewing expatriate jazz musicians. Their reasons for leaving the States—and they themselves—were very diverse. The white Jewish clarinetist Mezz Mezzrow complained in a thick black accent that I thought at first was a parody about how the “real’ American jazz—New Orleans jazz—had been replaced by “foreign’ influences. The saxophonist Lucky Thompson was angry at the white-controlled nightclub scene and racist police force that made it impossible for him to support himself. The swing trumpeter Bill Coleman was the epitome of elegance and grace. My college roommate and I listened to legendary ‘78’s that Coleman had made with Fats Waller in the 1930’s while the man himself stood next to us in a prosperous apartment on rue Monsieur-le-Prince, his French wife beaming. At the Blue Note we sat down one afternoon with Kenny Clarke. One of the pioneers of modern jazz, Clarke had given up the drummer’s seat in the Modern Jazz Quartet, moved to Paris and never looked back; for years he was the co-leader of a successful European big band. Did he leave the U.S. because of racial prejudice? No, he said it was because since 1955, when Charlie Parker died, jazz had been in a state of confusion: “Bird was a yardstick, someone all of us measured ourselves against, and after he passed we lost our sense of direction.’ We talked about a bassist whom Clarke particularly favored. My roommate asked a question that later made him blush: “Do you like him because he has a good beat?’ Clarke looked at us down the bridge of his nose, more in amusement than disdain: “Oh no, it’s more because of his harmonics, his choice of notes.’

Hardly anyone believes the cliché about the U.S. being a melting pot anymore. It’s closer to the truth to regard it as a country in which different groups live more or less side by side, tolerating each other-- but sometimes just barely. Though the data are contradictory, it appears as if since the 1960’s, African-Americans have gone in two opposite directions. While a percentage has advanced economically and educationally-- to heads of major corporations as well as to the Presidency of the United States-- a large group feels alienated, bitter, marginal. This isn’t exactly news. Culturally, African-American influence has grown—not only in popular music but in TV, theater, fashion, film—to the point that one would be hard-pressed to name areas of American culture that aren’t influenced by African-Americans. Is there a white singer who doesn’t affect a black accent even more exaggerated than the one Mezz Mezzrow used decades ago? Yet white Americans don’t know much more about the lives and thinking of their neighbors than they did a half century ago.

A few years ago I was one of three token whites in an Off-Off-Broadway production with African-American and Hispanic actors. It was a large cast, 20 or so, and we shared a big mirrored dressing room with a curtain in the middle. We had plenty of time to hang out with each other. Remember that this was New York, with a group of hip, sophisticated, cutting-edge young actors, not people who you would think would be church-going types. Yet every night before going on stage, we joined hands in a circle. One young man who had the genes of a preacher led us in prayer. If you checked the bios of the actors in the program, you’d have seen that at least half of them made sure to thank God for helping them get this far.

As the show went on, the black and Hispanic actors became more at ease with us whites. Their bodies loosened up, they talked more, joked more, laughed more, and—if it doesn’t sound too politically incorrect-- allowed themselves to be as smart as they really were. Often they told anecdotes in which they imitated white people. Talk about great acting! The stories were sharp and hilarious. My colleagues caught all the nuances of nervousness and pretension that I sensed in myself and others but could never have described, let alone acted out. They knew how to take specific characteristics and create whole characters, and they treated these characters not with maliciousness or resentment but divine compassion, something like what Kenny Clarke showed to my roommate and me. I realized how long and hard they had been observing white folks, and with what vigilance-- studying us not only for signs of prejudice or weakness, but for our comical lack of awareness, our very ignorance of being observed.

Many of my black friends have lived a good part of their lives surrounded more by whites than blacks. I can think of only twice in my life when I was the sole white among American blacks. It is a feeling worth trying to recapture and describe, because among its components is a mixture of fear, loneliness, excitement, and danger that can lead to connections between people.

Both incidents took place a long time ago. The first occurred in New York a year after I graduated Harvard. I was with an African-American classmate from a well-to-do Virginia family. This was a few years before the Black Power movement began at two other prestigious universities, Berkeley and Cornell; at this point, African-American students kept a low profile. My friend said that he was heading downtown to meet with other Harvard classmates; did I care to come along? In a café on Seventh Avenue were gathered half the African-Americans in our class, maybe 20 out of a class of 1,000. I was startled, disoriented; I’d had no idea that they met together as a group. My friend watched closely to see how I reacted. Afterward we never said a word about it, but I always wondered what went on in his head. Had he asked me along just because we were friends and didn’t want to separate quite yet? Was he testing to see how a white person would react if the tables were turned? Or was he sharing an intimacy, telling me quietly that while we had all supposedly waltzed through four years at the classiest college in the nation, he and other African-Americans had gathered together secretly to give each other support?

A few years later I was in Copenhagen doing what American boys did in Scandinavia at the time: chase girls. My Danish girlfriend took me to a party. All the guys were American, and all except me were black. Compared to the first incident, there was a rather different mood in the room. They all knew each other; I knew no one. I’d spent four years with the boys in the first group; the only connection that I had to this group was that we were hunters after the same prey.

Of course that wasn’t the whole truth; we were also just American boys far from home. But I remember the feeling of danger. Vulnerability. A twinge of excitement too, the challenge of battle; nobody was going to push me around. A sense of guilt: would they take revenge on me for all the wrongs done to their forebears? And behind it all a paranoid helplessness: I didn’t do anything to you, why do you hate and exclude me?

The guys started talking about their home towns: one was from Boston, a couple from the Mid-West, several from the South. One young man—a heavy-set, cooler, sullen dude with the beginnings of an Afro, which wasn’t in fashion yet—didn’t identify himself. That meant that he was from New York; I recognized the style. He checked me out with a long stare. “So where in New York do you come from?’ It turned out that we were both from the Bronx—I from a fancier section, but the Bronx just the same. We started talking about a popular TV comedy show about a Harlem social club. Both of us liked the radio version better, which had featured white actors doing convincing imitations of black characters. Before long we were standing together, imitating the white radio actors who’d passed themselves off as African-Americans: imagine a white boy and a black boy in Copenhagen, Denmark, imitating whites imitating blacks! The other guys at the party thought we were crazy, but then they didn’t come from New York.