One Cheer For Obama 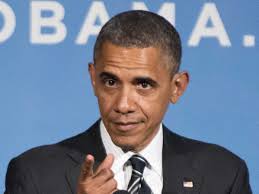 One Cheer For Obama

In the midst of international news that’s looking more and more like lurid local news—vide the shootings in Missouri, New York City, and the Charlie Hebdo and kosher supermarket massacres in Paris—can we raise one small cheer for President Barack Obama, who in the last few months seems to have discovered a new side of himself, and metamorphosed from a cautious Intellectual into a gutsy Politician who is enjoying his power?

In his State of the Union speech a couple of days ago, he came out fighting, insisting on changes in the tax code that would move millions of dollars out of the pockets of the wealthy and into tax credits for the middle class. At one point, the newly- assertive Obama even took a bow to posterity:

Actually, the new Obama started emerging months ago. November and December of 2014 were good months for the President. By all rights, they shouldn’t have been. For much of that time, the country was wracked by racial tension. Questions about Guantanamo, drones and government surveillance were in the air. The Democrats did even worse than expected in the elections, losing not only control of the House and the Senate but every governorship in the Southern States, so that by now the map of the country looks something like the early days of the Civil War, a two-tiered cake with a new Mason-Dixon Line down the middle. But something happened to the President--something internal, revelatory, that probably only happens to people at home with power. He relaxed. The worst was over, at least for the moment. He still had his cojones. Rather than identifying with the election losers, he took their defeat as a cue for action.

His rhetoric changed. You could hear the decibel level of his speeches rise. “Then pass a bill!’ he exclaimed when members of Congress complained that he’d exceeded his authority in changing rules for illegal immigrants. Sleeves rolled-up, ready for battle, he was photographed running rather than walking to the podium to deliver a speech; some photos even caught him smiling.

In fairly quick succession, these are some of the things he did, plans that he initiated: negotiate a major climate agreement with China and initiate plans to limit commercial emissions of ozone, carbon dioxide and methane; order changes in the enforcement of immigration laws that could affect the status of 3.3 million illegal immigrants; make progress toward a trade agreement with Pacific Rim nations; move toward restoring diplomatic relations with Cuba, and defang the 54 year old Cuban trade embargo; issue orders to protect Alaskan salmon fisheries and investigate gender-pay disparities; establish a federal commission to look into more humane local police practices; and propose a sweeping plan that could make available to 9 million students two years of free higher education in a country in which a B.A. degree can cost a student over $200,000.

Not bad for what the media likes to call a “lame duck President’—a second-term executive whose power, and time in office, are running out.

There are plenty of caveats to this dazzling list. For one thing, many of the initiatives were in the works for years, but through a combination of serendipity—Obama’s timing has always been uncannily good-- and clever public relations they made it into public view at a time when Obama’s popularity was particularly low.

Improving relations with Cuba, for instance, was a stated priority from the beginning of Obama’s first term, and secret negotiations about a prisoner exchange had been going on for the past 18 months. Attempts were made for 20 years by previous Presidents and Congresses to pass a bill about illegal immigrants, and already in 2012 the President declared that he would stop deporting illegals who had come to the country before the age of 16, a provision of the lyrically-named Dreamers’ Act. The new proposals, which offer temporary immunity to illegal immigrants in the country for more than 5 years, are in many ways simple elaborations of the earlier changes.

These proposals are also far from faits accomplis. Obama’s limits on greenhouse gases, for instance, could be reversed by a more Big Business-friendly successor. Changes in immigration policy may also last only as long as he is in office or when Congress passes a comprehensive immigration bill. The Cuban embargo was enacted by Congress in 1961, and can only be fully lifted by Congress, too. There’s also the small problem of where the money will come from to fund free higher education, especially in a Congress in which only military spending is sacrosanct.

Maybe the biggest reservation is the one that is inevitable in any democratic system—these initiatives are far from perfect. Consider the changed status of illegal immigrants. Though over a million legal immigrants enter the U.S. annually, none of the people under the Preident’s new proposals qualifies for Obamacare— a political compromise intended to soften the ire of Obama’s Republican opponents. Though the Congress will try to whittle down Obamacare, it has so far proved to be resilient-- which makes the decision to put it out of bounds for illegal immigrants even sadder.

Despite these flaws, the new initiatives have been welcomed by the electorate; Obama’s popularity among Latino voters has already gone up by 15 points. Yet the changes are typical of his thinking from the beginning—incremental steps instead of sweeping reforms, gestures that expand but not strain existing limits.

Obama’s step-by-step delivery hasn’t been easy for the Left to accept. From the beginning of his tenure, they’ve wanted to see him as a reformer, even as everything in his background suggested that he was more of a conciliator than an innovator. These days his public style may be more swashbuckling, but the substance of his proposals is consistent with everything he has done previously. Actually he’s been one of the most consistent Presidents in decades.

A more interesting question is where Obama—or any U.S. President—gets his power, his wiggle-room. Since it’s Congress that makes the laws and doles out the money, how do American Presidents manage to do so much on their own?

The answer lies in a single short phrase in the U.S. Constitution— the oldest working Constitution in the world, by the way. Vague in places, charmingly dated in others, it is studied by all sections of government more carefully than Scripture. Its tone, however, is pretty clear: to limit the power of the Executive and make sure that the “people’ and their Representatives are stronger than centralized authority.

But at the end of one of the shortest sections (Article III, Section 3), the Constitution states that “[the President] shall take Care that the Laws be faithfully executed.’ Activist Presidents tend to stretch and mold this phrase to fit their various purposes. How it has been interpreted by the courts for 200 years, and how well the President’s attorneys defend his actions against charges of being “unconstitutional,’ constitute one of the central dramas of American government. Until now, Obama has been reluctant to perform in this play; now it looks like he’s becoming its central character.

The main support for his actions are the laws that Congress itself passed. The increased regulation of greenhouse gases, for instance, is based on the Clean Air Act of 1970, which gave the Executive broad powers to enforce anti-pollution measures. (Why he’s waited till now to exercise these powers is another question.) The changes in immigration regulations are also based on a series of previous court decisions that enjoin the President to use “prosecutorial discretion’ in the enforcement of the law—in other words, to proceed a little cautiously in the pursuit, trials and deportation of illegal immigrants. The Cuban Embargo enacted by Congress also figures centrally in Obama’s new stance; he has to dance around it rather than outright defying it--but he turns out to be light on his feet.

As the CEO of a pro-Cuban trade group said recently to the New York Times, “President Obama is saying, ‘I’m going to leave a shell, but it’s going to be a proverbial Easter egg—it’s going to be hollow.’’

Is there a chance that Obama’s initiatives will survive a Republican-controlled Congress that’s girding its loins even as we speak? Actually yes, not only because the President enjoys confrontation more than he used to, but also because going against some of his measures will make the Republicans look truly terrible. Taking a stand against the loosening of immigration restrictions, for instance, could cost the Republicans thousands of votes in the Latino community-- which is why, though they are in the majority in both Houses, they already appear to be in disarray.

As a senior adviser to the President said: “It’s hard for the Republicans to call themselves ‘pro-family’ when they repeatedly vote to rip families apart. This policy isn’t just unwise, it’s cruel, immoral and it is not who we are as Americans.’

The words of a politician who clearly has the moral high ground.

State of the Union rhetoric notwithstanding, the political battles of the next months promise to be as bloody and vitriolic as any in American memory. But we seem to be in the presence of a President with a new sense of himself-- or maybe just one who has finally learned how to have fun.